Guilty Gear Xrd -SIGN- is the fifth main installment, and overall twenty-second entry, of the Guilty Gear series. Taking place about two years after Guilty Gear 2: Overture, this title and its follow-up continuation, Guilty Gear Xrd -REVELATOR-, are the third chapter in the main storyline.

The game has been released for the RingEdge 2 arcade board in Japan exclusively, and on the PlayStation 3 & 4 consoles physically in Japan and North America, and digitally on Europe. From December 2015 onwards, it is available on Steam as well.

After the genre departure in Overture, Guilty Gear Xrd -SIGN- goes back to using the series' customary gameplay mechanics from Guilty Gear XX and ♯Reload. It returns to the six-button layour: the five basic attacks—Punch

Regarding Roman Cancels, players can now cancel most missed attacks, and character will have a red X over them when cancelling is disabled. False Roman Cancels are removed, and instead it comes in three types: red, yellow and purple. Slashbacks, Throw Breaks, and Force Breaks are also removed.

) and Homing Dash (...). The latter allows for new corner combos, as the opponent is sticked to the wall in the corner even after subsequent attacks. The Guard Balance Gauge is renamed R.I.S.C. Level, and only displays levels above 0. There is also a new guard option: Blitz Shields (

while at neutral, in mid-air and crouching with

). It requires 25% Tension, and will repel strikes and projectiles, but not Throws and Overdrives. A successful repel forces the opponent into a stunned state, but even in this state they can still perform their own Blitz Shield.

The Clash System is introduced. A clash occurs when simultaneous attacks strike one another, and result in one of two scenarios: a Normal Clash (a standard clash like previous games where either player can cancel the clashed attack into a new attack), and the occasional 10-second Danger Time. While Danger Time is active, damage is increased by 20%, and connecting with any Roman Cancelable strike on hit will result in a Mortal Counter. Landing this attack results in potentially massive damage.

The game features four main modes: Network Mode, Practice Mode, Battle Mode and Story Mode. The first allows online matches; Practice Mode features the regular Training feature, a Tutorial, Missions, and Challenges that focus on performing combos. The Battle Mode comprises the Arcade Mode, which unveils part of the game's Story Mode after the player defeats eight CPU opponents; the offline Versus mode against a second player or against the CPU, and the M.O.M Mode. The Story Mode presents the story as a film-like animation divided into several chapters for uninterrupted viewing. It can be paused at any time to investigate the Library Mode, a glossary of terms in the series. Players can also earn a number of trophies.

The prologue, and the game itself, provides more details on the series' backstory: It was in 1999 that mankind discovered magic. But this very resource, meant to usher in world peace, was instead leveraged as a tool of war, and in time the Gears were created. As if to condemn these thoughtless deeds, the Gears developed a will of their own and turned their fangs upon humanity. The Crusades that followed ended when "the Destroyer", Justice, was defeated. Though man emerged victorious, many threats yet loom large in the shadows of that hard-fought peace, threatening to engulf the world. And so mankind must continue to atone for the sin of magic.

In October 21, 2187 at 12:12, Ramlethal Valentine declares war upon the entire world. In the wake of the Baptisma 13 incident, no single individual, organization, or country takes this as a laughing matter.

Notes: Characters in italics were console-exclusive until the Version 1.10 patch (March 19, 2015) added them to the arcade roster.
(*) Unlocked by paying an amount of World Dollars(W$) in-game or via purchase from the PlayStation Store or Steam.
(**) Was available to download for free from December 16, 2014 to January 5, 2015.

The idea of a new Guilty Gear entry came about in 2008, but production only started in 2011,[1] when Arc System Works obtained the full rights to Guilty Gear from Sega.[2] By mid-2012, development of Xrd -SIGN- progressed to a full-scale production that concluded in 2013,[1] handled by a 25-member team in Arc System Works under the codename "Team Red" and with Daisuke Ishiwatari as a director.[1][3] The team opted to use Unreal Engine 3 because of several factors: the low price, the ease at which non-programmers could edit projects directly, and its development tools would let them to release the title on PlayStation 3 and 4.[1] Intended to be as accessible as possible to newcomers,[4] Xrd was meant to be a new start on the franchise or "reboot".[5]

The first trailer was shown to the public during the annual Arc System Works Festival on May 19, 2013.[6] Just as Overture dropped the traditional 2D sprites, -SIGN- uses 3D cel-shaded models and environments,[7] intentionally expected to be visually impacting.[4] 3D cutaways, which gave "a more dramatic perspective",[8] were added to characters' special moves to showcase their work.[4] The team intended to design the characters as closely as possible to anime using Softimage, and used methods uncommon in 3D rendering to give the impression that it was hand-drawn, such as ignoring environment lighting,[1] using between 400-600 bones for character models,[9] cutting frames,[10] among other techniques. 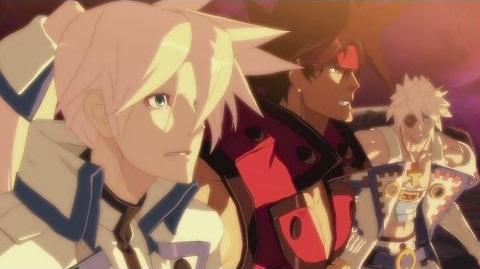 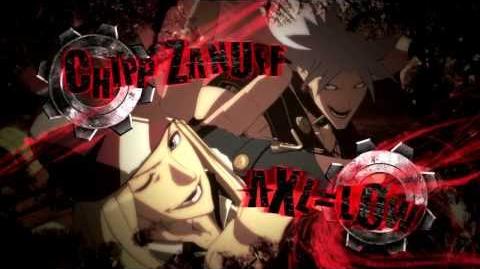 Retrieved from "https://guilty-gear.fandom.com/wiki/Guilty_Gear_Xrd_-SIGN-?oldid=29905"
Community content is available under CC-BY-SA unless otherwise noted.