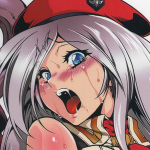 I don't mind you revising the Servants artticles, I didn't write them anyway. I discovered that whoever wrote ther articles got it from gamefaqs that's why it's written like a game guide. I plan to change some descriptions like "not useful" and "weird attacks" because those are subjective. Meanwhile, I find it hard to write new articles since it's so difficult to get reliable information. For example, I cannot find a source on Izuna's servants. I'll try looking at the Japanese wikis if there's any luck.

I'll finish my fanfic tonight and I'll be doing IK page along with the character quotes tomorrow after we're done shooting our mini movie.

We cannot scrap the Universe template because I think it contains the most important articles. However we can revise it to be compile all the important categories: Terminology, Races, History, Locations, Organizations. Or another suggestion is that we remove the Locations and Nations part and put a Miscellaneous row which lists that two categories along with other stuff.

Yeah, we'll make a template for stages and we'll use the Universe template on other stuff.

Ok. Sorry for those image and I have a better quality image of that Robo-Ky (in a decent way), and I didn't know it was in a poor gif quality. Also I never upload that "Sol Badguy Gear Form"!. DarkStalker Deity 07:34, January 1, 2012 (UTC) . If it's under my name, then WTF!?!?......and happy new year too. —Preceding unsigned comment added by DarkVampireDee (talk • contribs)

Ok. I found the person who did it. This user name is "Deeinferodestroyer". You must have been confuse with my user name since mine is "DarkVampireDee". I look it up on "photo details. DarkStalker Deity 07:46, January 1, 2012 (UTC)

also how do you put your user banner with the avatar icon, and the username with the talk link? I been meaning to ask you about that.

Okay, greeting! It's another year! Anyway I wish you a nice year. For the images, if you're going to edit every picture and focus on their licenses then I think you should assign tasks to specific members. From now on, I want to focus solely on article writing and I want to complete each character section. Good luck on your hectic task!

I also greeted her but maybe I accidentally deleted yours! Maybe we had the exact greetings. I'll just revert the edit and greet her again.

That's a great idea since my plan to to put pictures in the articles so it would look pretty (leave that to me). The problem is that some story articles are too short to have pictures in them. Also, check the Guilty Gear Wiki:Image Policy and see if you like it. For some reason, it is under the fanart and fair use images category I don't know why. Your ever-changing avatar proves your stress I guess.

I'm currently inspired to write character relationships, do you think they would be helpful and would make a good addition to the wiki? I have confidence that I won't be biased.

Nah, I won't be writing one for Mizuha and Tyr and other minor characters. Their roles are just too minor. Probably I'll only write about those that are in the Memorial Book Chart (are you familiar with that?) It's a pretty juicy chart and I'll include that in the references for objectivity. And I think relationships should be at the bottom of the page, but let's just see I'll be writing the articles in the notepad first as usual.

Those three balls are mine, I made them. There's even an Izuna, Dr. P and a Drill.I plan to use them in making for my signature if I have time but for now I'll license them.

Okay I'll add the templates but the wiki is experiencing turbulence, I hope they fix the server. About the chart I have it myself and I'll upload probably tomorrow. It's translated by Suzaku in dustloop and he's pretty much okay on others using the chart. Also, about the screenshots, I got them from gamefaqs and IGN. Should I put in the license template the link to the site or just the site name?

I know I asked this before but I wish we could label pictures without the uploader's name showing so I could add pictures to articles without confusing people.

Oh! The uploader's name is gone! I didn't notice. Okay time to to put pictures. Is that you on your avatar? You look different than I imagined. Danseru-kun 08:21, January 3, 2012 (UTC)

Personally, I think it's a bit over the top with the color blending. If you ask me, I would go for thin borders and white title fonts. My suggestion to make all borders very thin and in dark grey and red rather than yellow, and let's see how they glow. I also suggest you choose a darker shade of blue since when I think of Guilty Gear I think of dark colors.

If it'ds okay with you, can I experiment on the front page? I want to try editing the colors.

I honesly think it's too pretty and should be simpler. I think I would like it better if the flames would be just from one direction, either rising with an open top or from the corners. See this photo for reference. For the blue one, I would want the same principle: the graphic not occupying the whole bar but coming from the top maybe and the lightning more defined. See this. That's just my suggestion but of course, do what your heart tells you.

Sure thing. Sorry for being inactive as well. College is really tough and I might even go back as late as March. We really need another admin that's not from the Philippines.

Did those get disabled? (It's not really that big of a deal, I'm just curious because they aren't showing up anymore).

I know u're not active here anymore, but i guess the message'll reach ya.

i'm from the Toriko wiki. i love GG and BB both; awesome versus games. also, nice work on the K wiki.

anyway, i wanted to ask u som'n: the character transparent .png pics here, did u make em urself, or u found em? i find it hard using nooby photoshop's background eraser tool and stuff.

also, the word "wiki" in ur banner shows some brilliant photoshop skills :) do u take requests? :) lolz

sorry to bother u once more, kim, but i just wanted to ask som'n pls: is there any template where u can have a pic with buttons hidden inside? i mean, i have a pic with different letters 'written' on it (A, B, C, D)... is there a way i can make a template that lets me click on each letter and each letter will open a different link; different parts of the pic to open different links """without""" having to divide the pic in the wiki? u got my point?--Zangetsukakashi 19:25, November 29, 2012 (UTC)

sorry for always bothering u, bro. i wanted to make that sign for 'male' and 'female' in the infoboxes. i searched around, and (sorry for not asking ur premission), copied the one u had on K-wiki (http://toriko.wikia.com/wiki/Template:Gender). i uploaded the respective pics from wikipedia too. now, how do u put them in the infoboxes? also, do u mind if i copied templates from ur wikis to mine and adjusted them, or do u prefer i not? --Zangetsukakashi 21:24, November 30, 2012 (UTC)

btw, pal... i wanted to ask,,, how exactly do u coordinate the Imagemap points? i find it extremely hard to do no matter how much i try. sorry to bother u again, especially when it's christmas and u're prolly busy and stuff.--Zangetsukakashi 02:57, December 26, 2012 (UTC)

Sups, remnant... sorry for asking stuff all the time...   I was wondering, do u know of any template that lets images open-close? here for example (http://www.toei-anim.co.jp/tv/toriko/), the plates up there 'open' when u hover over them, and then 'close' when u leave em... i know this is programming stuff, but i was wondering if anything like that's possible in wikiaZangetsukakashi 21:46, January 12, 2013 (UTC)

Retrieved from "https://guilty-gear.fandom.com/wiki/User_talk:Remnant13?oldid=19228"
Community content is available under CC-BY-SA unless otherwise noted.